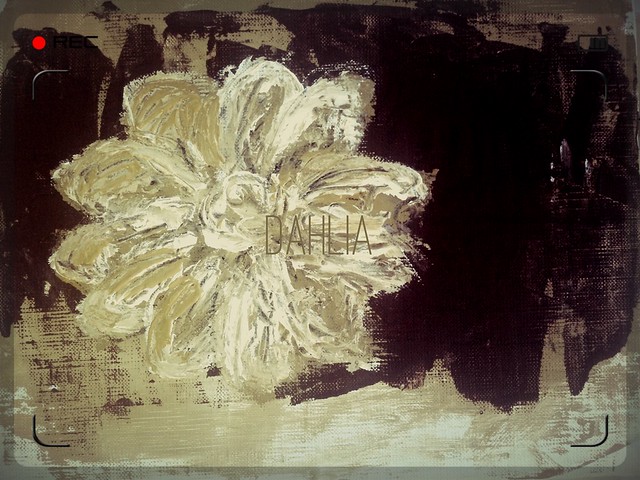 I absent mindedly brought a palette knife to a paintbrush party and here is the result. 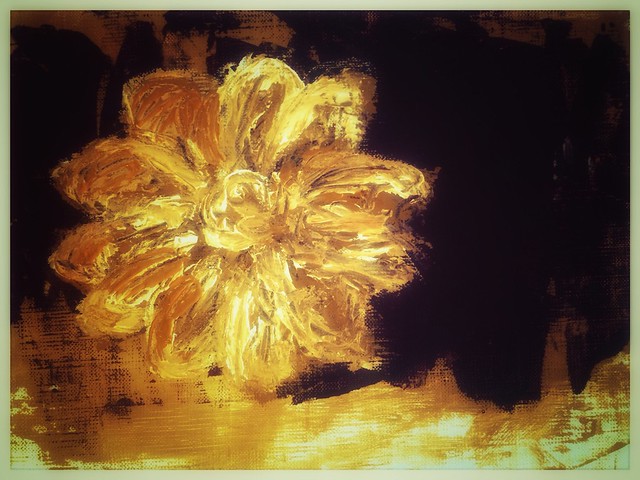 Muscle memory gets me every time. Thank you for viewing. 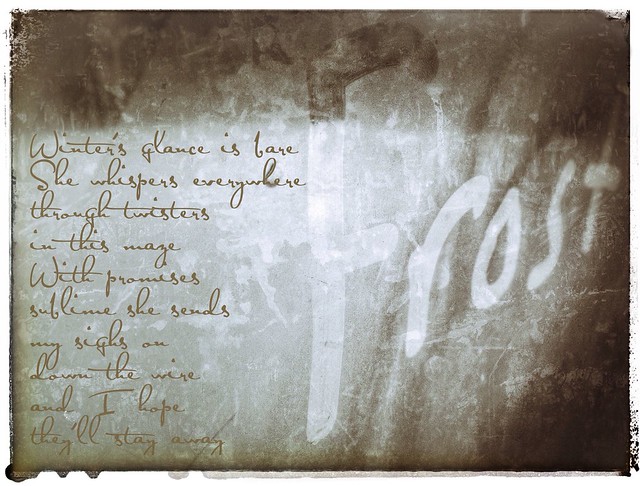 Photo: My index finger on a frosted car window one very cold morning in January.

Special thanks go to Garfield Hugs, who posted the actual label, shown below. That photo is super over the top processed so here is a thumbnail of the original.

… and the label from which I got the text.

Keep calm and have a great week. xo

The actuary’s gaunt face presented harshly against the hush of apprehension that gripped the room. The Empress veiled herself with a blank expression. When no one was looking, she released a slow eye roll.

Etiquette dictated that she not show scorn or deference. Today was particularly challenging. On the eve of expansion, the actuary stopped to raise a challenge. He had discovered two spots on a six inch map. The surveyors looked confused. But they quietly agreed that this was a democracy, and let him have his say.

Trailing off the table were yards of hemp scroll. Empress Tikki wanted to wrap it around his neck. “One more passage and then we’re whole, one last signing is the end I’m told…”

Shadowed by nervous ministers, the actuary started clearing his throat. The metallic timbre induced, in the Empress, a maddening primal scream. “Be impermanent in this please, do not drag it out another note…”

“Pray the deities, restore my soul,” muttered the Empress, “we are held hostage by a mating goat.” She flashed a smile to restore decorum. The actuary had until sunrise to interrogate the two moth stains. 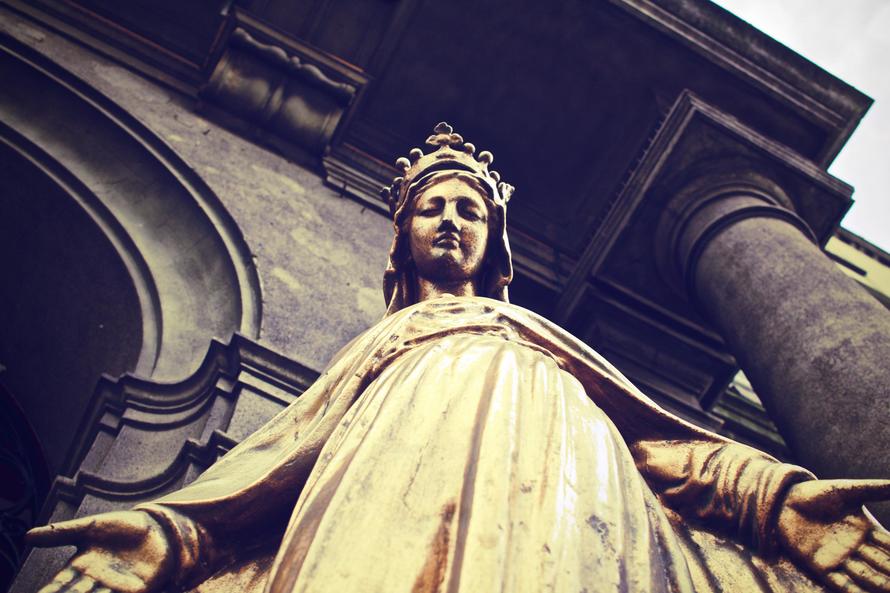 The King touched his daughter’s hair again, in his usual way, to reassure her. She became more radiant each time he did. That morning, five thousand suitors had laid siege to their home in Phrygia. It was the Princess’ eighteenth birthday.

The Princess spent her days veiled and curtained in ornate suites. She swam in a heated pool and tended to a greenhouse garden populated by Earth’s rarest flowers. But she was all alone. Women had been banished from court for fear they would harm her. Men, for fear they’d seduce her.

In response to her pleas, her father offered a cold warning about evil in the world. “My dear, you are afflicted with indescribable beauty. Learn to love the lonely hours.”

Later that night, the crowds were still chanting her name. All the palace guards were stationed at the outer gates. Advisors suggested moving the Princess to a safer location. But no amount of persuasion would change the King’s mind.

Sensing she was not being watched, the Princess slipped out of her room and ducked into a cupboard. Through the service corridors she ran, finally reaching an exit door. It was almost dawn.

As she hurried to the clearing, she tripped, fell and hit her head on a stone. She lost consciousness and slowly bled on some leaves. When she woke, she felt very heavy but managed to look down at her legs. She could see that they had changed into beautiful golden casts. 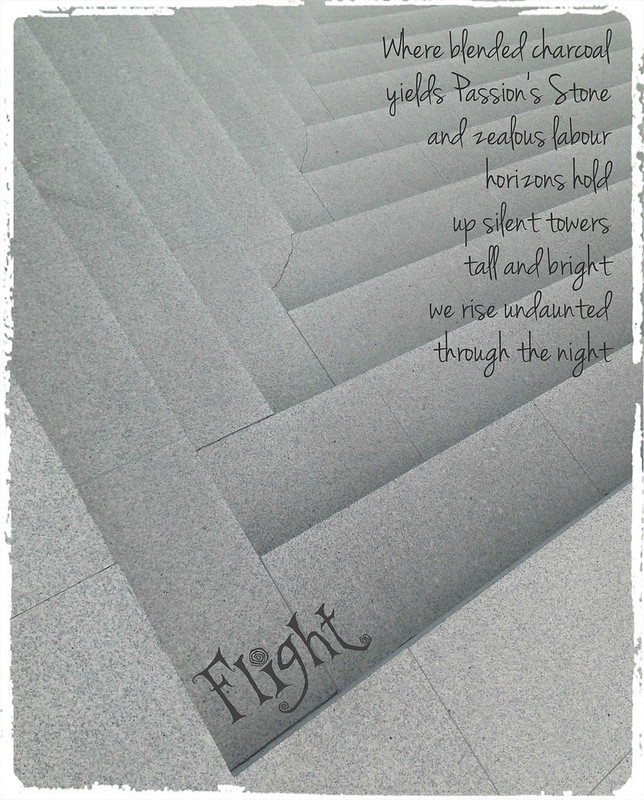 Where blended charcoal
yields
Passion’s Stone
and zealous labour horizons hold
up silent towers tall and bright
we rise, undaunted,
through the night