If Kublai Khan were to see my hair today (92% humidity), he would mistake me for a cave dweller. Do not be misled, Kublai. I am a purist and a snob. I am a vain, stuck up precisionist who was raised by a Debrett’s handbook.

I once torpedoed plans to fund a small wedding party for a recently married colleague. I objected because he invited part time staff to his wedding. However, he snubbed full time, worked to the bone six days a week staff. He did not follow protocol and inform his boss. He kept it a secret from the persons who covered for him when he missed work.

The Monday following nuptials by the lake, the Photo Album was flopped on my desk. As I thumbed through it, you should have seen the faux smile on my face. It was priceless. But he still hadn’t told me he was now married, so I did not congratulate him.

Victoria Beckham. I have two versions of that dress in grey.
Photo credit: Pop Sugar.

Snobs resemble prudes to a degree. But prudes are predictable and rigid across the board. You know what they’ll disapprove of. To succeed as a snob, you need double standards and these must fluctuate unpredictably.

Thanks to Marc Jacobs’ final rule bending antics at Louis Vuitton, I now have a collection of dresses that could pass for nightgowns or underwear. I have also been outdoors looking like this: 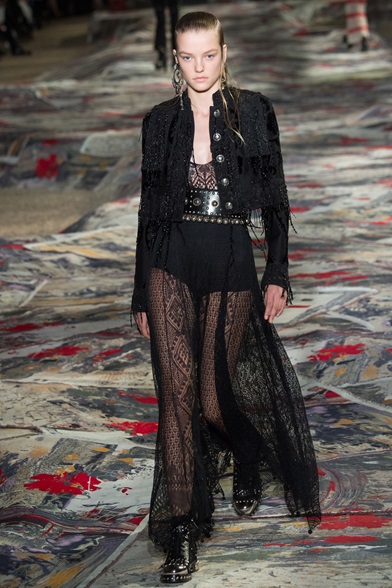 Ask my wine club. And yes, it is appropriate for male guests to remove their clothing after a few glasses of Riesling. I won a pair of neon pink lace briefs in the lottery at the last gathering. The morning after, my inbox was flooded with requests to see me wearing them. That was everyone’s way of thanking me for a fun evening out.

Does this view pop your tart?

A facsimile of mornings in my office. Nail polish is banned, but this goes unnoticed.
Photo credit: Star FM, Australia.

Because I’m a snob and have double standards, this will not pass. Not at 08:13 in the morning, when my eyes have just started to focus.

Thank you for sharing my posts. You're so sweet!!!